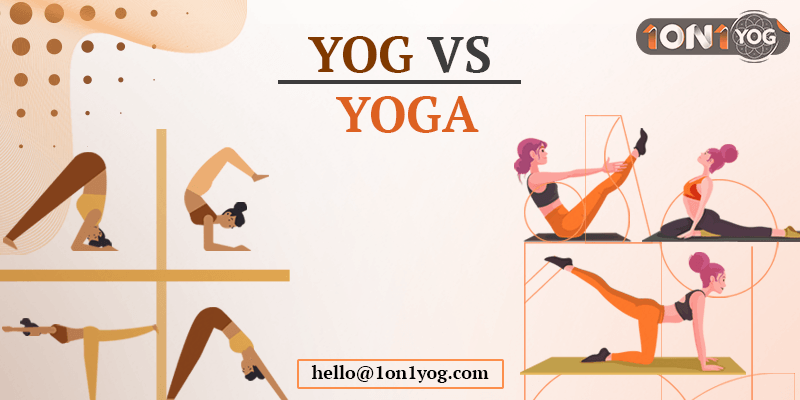 The word is Yog and is pronounced as Yog only. Yoga is the romanization of the word Yog. ‘A’ is added at the end for the reader to know that the ‘G’ sound at the end of the word is complete and not a half sound. In the Sanskrit language for every whole sound, there is half sound also, which changes the pronunciation and meaning of the word.

Thus, for readers who are reading the texts in English, the romanization of the language is done so that correct pronunciation is understood. But sadly ‘Yog’ became Yoga, Ram became ‘Rama’, Krishn became ‘Krishna’, etc not knowing that ‘a’ is just a means to complete the last sound.

The vocabulary of Sanskrit is extensive and contains strict protocols for proper usage of words as every word is a powerhouse of the energy of the letters with which it is composed. The word Yog is derived from the word ‘Yuj’ whose literal meaning is Samadhi. There is no terminology called “Yoga” in the entire practice of the Indian school of philosophies. In Sanskrit, adding or deleting a single syllable or vowel in the existing word can change the meaning of that word. For instance: The pronoun used for referring to the male (He) in Sanskrit is Sa (स: ) while that of female (She) is Saa (सा). So if you write or pronounce Sa as Saa, it changes the gender of the word. The word Ram is pronounced as Ram (राम) and not as Rama (रामा:). The terminology Rama stands for the plural of the word Ram. The ancient shad darshan (षडदर्शन) or six schools of Indian philosophies mention Yog as one of the schools of thought along with five other practices- Sankhya, Nyaya, Vaisheshika, Mimamsa, and Vedanta. Over a period of time, the non-native speakers of Sanskrit started incorrect pronunciation of the word Yog as Yoga for which even the native speakers did not show resistance. Gradually, Yog started getting identified with the flaccid term of Yoga. Serious practitioners of Yog should use caution to accurately refer to the practice of Yog as Yog and not as Yoga.

1. Shabdarth: The literal meaning of the word Yog means joining, connection, or merger. When used as a noun, Yog refers to the connection between two things. For eg: The word Sankhyayog is made up of two words- Sankhya and Yog. The word Sankhya means knowledge or intellect. Sankhyayog means a discipline of one of the six schools of Indian philosophies shad darshan (षडदर्शन) where an individual establishes the connection with God through knowledge.

3. Dhvanyarth- The word Yog is derived from the word Yuj which means Samadhi. Samadhi is a state of existence where one’s mind, speech, behavior, actions all merge with the supreme power of the almighty. There is no distinction left between the self and the almighty in the state of Samadhi. Yogis that state of mind where it is complete in unison with the almighty. The great practitioners of Yog do not consider someone as a Yogi who does impossible physical postures or difficult breathing techniques unless he has achieved the state of Samadhi.