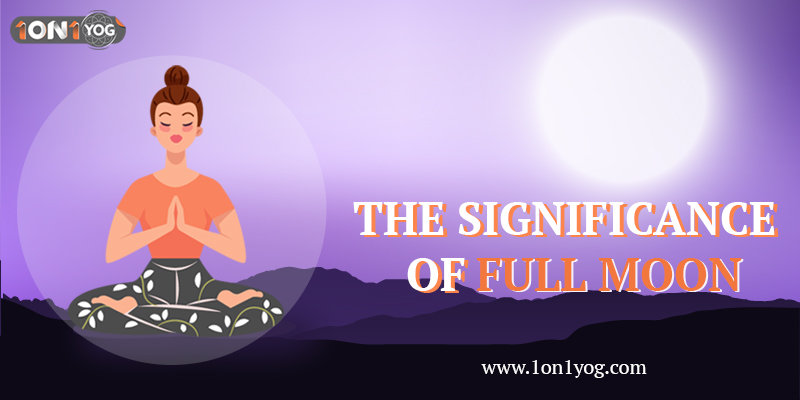 A Full Moon is a lunar phase that happens when the moon is on the opposite side of the earth from the sun and is a significant period among spiritual societies.

In astrology, planets and heavenly bodies are considered  energy beings, affecting the life and states of people on earth. Each planet is associated with a physical, emotional, and mental quality. The placement of planets and their distances from the earth in this case are important factors in determining the quality and intensity of their influence.

The moon symbolizes the mind & emotions and because of its closeness to earth, it is one of the most influential heavenly bodies on the life of people on earth.

During a full moon, everything will be magnified, good and bad. Therefore, the full moon can be both viewed as a time of crisis as well as a time of opportunity. It depends on our overall state and activity during the full moon day to cultivate its positive or negative effects.

The moon has one-sixth the gravitation of the earth because it is one-sixth the size. That means that gazing at the moon, you slowly, slowly become lighter, the gravitation is less on your being. That is the scientist’s explanation. And you can see the effect on the seas because they are holding the place of the moon … where the moon used to be once. That’s why on the full moon there are great tides. In the human body, there is eighty percent water, ocean water with the same chemicals. Just as tides arise in the ocean, something arises in the human being. If he is on the right track perhaps, he may become enlightened.”

“Night, and particularly moonlit nights, have been found to be very supportive to meditation. Now even science suspects that the moon has a certain effect on the mind; because most of the people who go mad, go mad on a full moon night, hence the word `lunatic’. It comes from luna, the moon. Another word is `moonstruck’ ….

“The next time the full moon is due, start this three days before. Go outside in the open sky, look at the moon and start swaying. Just feel as if you have left everything to the moon — become possessed. Look at the moon, relax and say to it that you are available, and ask the moon to do whatsoever it wants. Then whatsoever happens, allow it.

If you feel like swaying, sway, or if you feel like dancing or singing, do that. But the whole thing should be as if you are possessed — you are not the doer — it is just happening You are just an instrument being played upon.

Use it. Be alert and use every possibility to help you go in. Once you are awakened, then there is no problem. Then you can be at ease, at rest, at peace, anywhere.